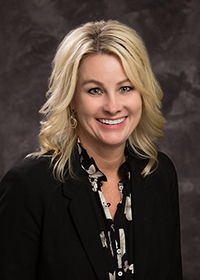 Julie Beswick joined Advantage Trust Company in 2005.  Julie currently holds the title of Executive Vice President & Chief Administrative Officer.  Julie received her Bachelor of Science in Accounting from University of Illinois at Chicago in 1997, and her Juris Doctor from the University of Kansas in 2000.  Julie has completed the basic and advanced Trust Schools offered by the Kansas and Nebraska Schools of Banking.  Julie and her husband, Marc, have three very active daughters.  When Julie is not attending her daughters’ activities she enjoys spending time outdoors.